For all of us, "water awareness" means more than just conservation

By proclamation of the Governor in 2008, it is Water Awareness Month in Arizona.

So, what do you suppose that means?

On a personal level, being “water aware” almost universally means learning to conserve water. It is a precious and scarce resource, after all. As citizens of an arid Western state who are approaching our 17th consecutive year of drought, water conservation is an imperative.

As the British used to say during the grim days of World War II, we all need to “do our bit.”

In previous“Water Awareness Month” promotions in the lobby of the Arizona Department of Water Resources building, state employees offered plenty of suggestions for conserving. 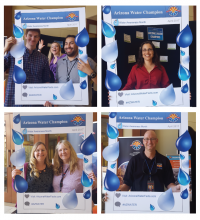 But while conservation indisputably is a big part of “water awareness,” that’s not all it means.

It also means being aware of the nature of water in our arid environment. It means reaching beyond the kitchen faucet.

Only when we understand and appreciate the sources of our vital liquid resource can we truly claim to be water “aware.” Making wise choices as water consumers is important, but making wise water choices as a society is just as important. Maybe more so.

Perhaps the most important water-conservation choice Arizonans ever made as a society came about in 1980 when the state Legislature approved the Arizona Groundwater Management Act, which placed strict regulatory limitations on groundwater pumping in Arizona’s most populous regions.

That Act, as well as other legislation governing groundwater use enacted in subsequent years, is credited with making the difference between the genuine, drought-inspired crisis that California recently endured, and the comparative ease with which Arizona has managed to navigate its own much-longer period of drought.

Today, water awareness includes having at least a rough appreciation for our state’s sources of water. 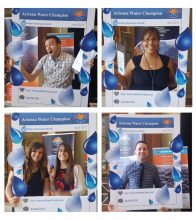 How many of us, for example, know that the largest portion of our water supply doesn’t even originate in Arizona?

Forty-one percent of Arizona’s annual supply – on average 912.4 billion gallons per year – begins its existence as snowpack on the Western slopes of the Rocky Mountains, eventually flowing into the Colorado River system through countless tributaries that become hundreds of streams, then dozens of rivers before rushing into the single, mighty and vital Colorado.

Another 16 percent of our supply, meanwhile, arrives at the kitchen spigot via the complex capture of in-state surface-water sources, notably the Salt River Project’s system of dams and reservoirs along the Salt and Verde rivers.

Arizona still gets 40 percent of its water supply from its underground aquifers – so-called “mined” groundwater. Just three percent, meanwhile, comes to us through reclaimed sources, although that percentage has risen sharply in recent years.

And tomorrow’s sources? Gov. Doug Ducey’s Water Augmentation Council is researching the prospects of adding new supplies, including desalination projects that could rehabilitate brackish water or even tap into salt-water sources off the coast of Mexico or southern California.

The governor’s council is… aware of every option. As citizens of the arid West, we all should be too. 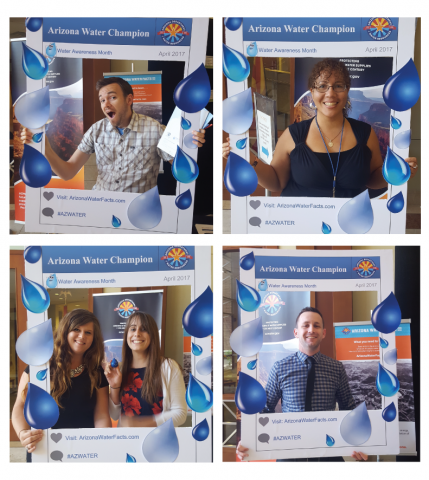